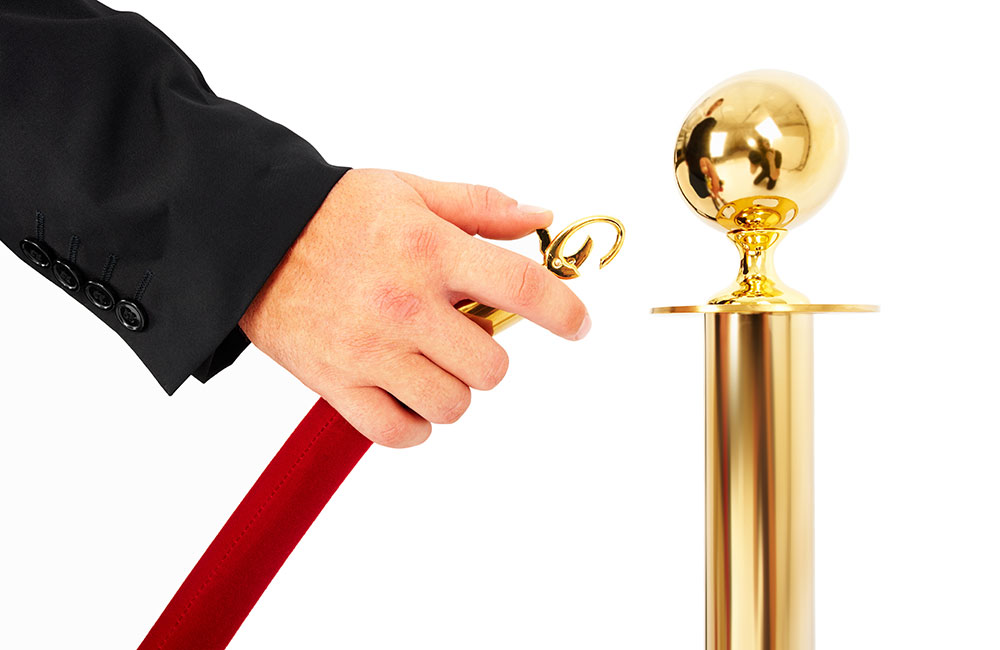 Almost every successful revolution, including that of Donald Trump, has expanded its base with a growing refrain: “You are not alone!”

This is what allows it to grow and shape itself into something meaningful. With Trump’s election, the Democrats and progressive commentariat have settled into what they call “The Resistance.” And the overwhelming refrain of this movement is clear: “You are not allowed.”

“The Resistance” is not a strategy, as much as it’s an emotional discharge. And, okay, I get it: Trump has a bad haircut and wears orange bronzer. He’s too brash and crass, thin-skinned, and why can’t Kellyanne keep his thumbs off of Twitter? He doesn’t read books, or listen to NPR. He’s not “troubled” by things; he just does stuff. He ticks off campaign promises like a builder going down a punch-list. Oh, wait a minute; that’s what he is, a builder. How unpresidential!

It’s not clear how much real progress President Trump will be able to make. Pat Caddell uses the metaphor of tissue rejection of a transplanted organ to explain the reaction of the Washington establishment, Democrat and Republican, to this new President. They want to reject him utterly. The revolt within the intelligence community now showing itself, is downright dangerous. “The Resistance” managed to knock off a couple of members of his potential administration. Those two scalps probably provide encouragement.. They continue to gnash and trash. This is our government, the body politic: and when the kidney and liver decide to rebel against the heart, some bad things can happen.

Still, the ranting in itself won’t do him in, and will surely further distance the Democrats not only from Trump voters; no matter the Democrat majority on November 8, the Trump vote still represented almost every other person in America. “The Resistance,” as the Democratic Party’s one idea, will probably also push away important aspects of their traditional base. That’s a serious problem for their future viability. The birth rate among progressives simply won’t supply victories in the future.

In conversations, a lot of Democrats have said things to me like, “He won’t last another four months.”

Last time I looked, barring ill health, it would be almost another forty-six months, at least. Also, I’m not crazy about rooting against America’s President, even if I may disagree with various of his policies.

In “The Resistance”, the Democrats are violating nearly every principle of insurgent strategy; of the thinking, planning and execution of the most successful revolutionaries in politics, business or warfare. Most of all, they haven’t even defined their objective. It’s like “Occupy Wall Street”; just tents, trash and a very distinct odor.

That’s quite unlikely to win a majority of voters (or electoral votes). In fact, should Trump’s policies create a ray of hope and palpable push forward for working families, “The Resistance” may extend the “You are not allowed” velvet rope to reject a vast and growing number of American citizens.

For thirty years, Core Strategy Group has studied, developed and advocated insurgent strategy around the world. Today, it’s clear that insurgents hold the cards over incumbents in every sphere. Power has shifted from size, scope and heritage to speed, mobility and vision. My partners and I in Armada Publishing, Bob Perkins, Pat Cadell, Kendra Stewart, have seen the appeal of the anti-establishment, post-partisan movement that swept America in the recent election (combining Trump’s and Sanders’ support, amounts to a juggernaut). Still, the U.S. Presidential race was not the revolution – that revolution was fully engaged long before 2016, and far beyond our shores.

In business, market incumbents describe the effect of this revolution as “disruption,” as if it’s a case of, “Folks, just a little light chop ahead. When we get through it, I’ll turn that seatbelt sign off again.”

In reality, what’s going on in most markets is transformation. Insurgent brands rise and rule. The incumbent political establishment acts as if, after Trump, there will be (big sigh!) a return to normal. That’s what the “resistance” is yelling and breaking windows for. All I can say with one hundred percent certainty is that what’s next won’t be what was. The election of Trump, and many populist democratic movements around the world, are not disruptions, but uprisings. As Emerson said, “Events are in the saddle.”

From the time I volunteered to go on a political excursion to Sudan in 1979, thinking maybe it was somewhere in South America, I have loved the smell of democratic revolution in the morning. I am not much of a political absolutist, though. I tend to love change for change’s sake. That, more than anything makes me a democrat. And when the other guys in an election win the chance to change things, I tend to think, “Well, maybe they were right. Let’s see what happens.”

Turning back is like trying to shift an airliner into Reverse at 33,000 feet. It ain’t gonna happen. The Democrats have got to think forward. They’ve got to define what’s next (which means they must redefine themselves, define the stakes for most Americans, and define the future). Of course, it doesn’t look as if they’ll do any of that any time soon. When the Party’s credibility depends solely on the suffering of others, that, too, is not a strategy, but a teen-aged Facebook grudge.

They very clearly don’t understand what happened on November 8, or what’s been happening since then. What’s next would be a reach-and-a-half from where they are now.

My own guess is that what’s next doesn’t come from the Democrats or Republicans. The American people are over the Parties, even if the Parties can get over themselves. New voices are beginning to rise, even in the current tumult. President Trump may be the flash-bang grenade that opens the way for that next positive thrust toward better times for us and the world that depends on us so much.

Meantime, I truly hope he succeeds wildly. That will be very much better for all of us, even the “The Resistance.”