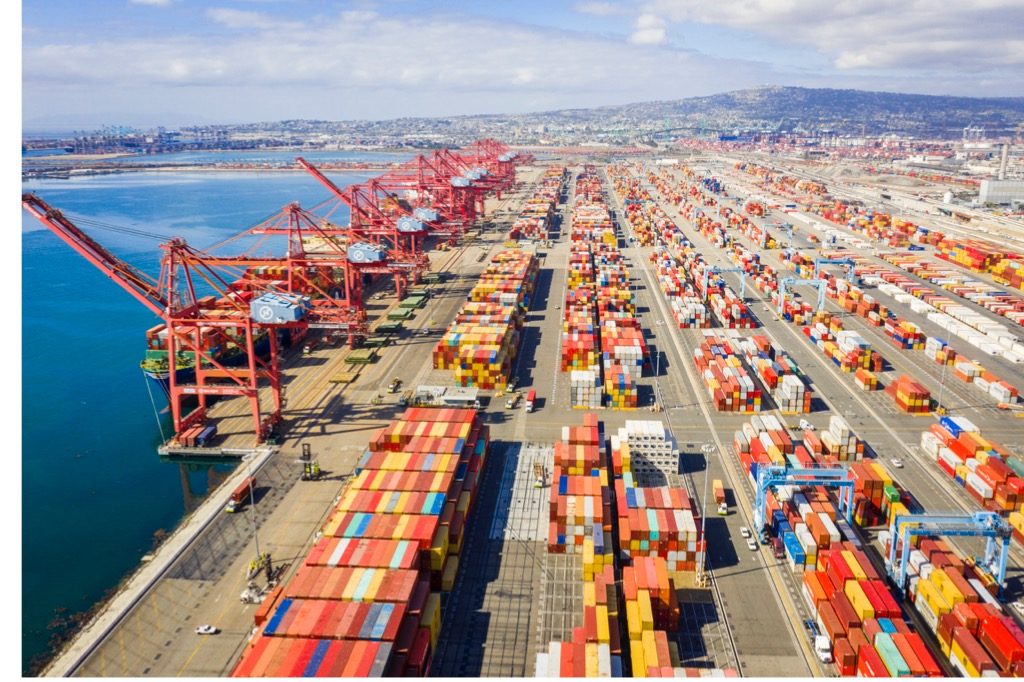 I understand that learned Republican economists know that tariffs are bad. Trade wars are terrible. I don’t understand much about trade economics, but enough to assume free trade is best.

Many of you know that I supported President Trump in the 2016 Election. Like about a quarter of the electorate, I did so holding my nose. Yep, I too am repelled by the punch-back and too often punch-down instincts, by the hairspray and orange bronzer and crass language.

And I too noticed when in 2016 a couple of hundred senior state department experts wrote a letter to the Washington Post protesting the election of a man who couldn’t possibly understand the nuances of global foreign policy. They objected to this America-first nationalist boob. This is the guy who hits you in the side of the head with a two-by-four, then says, “Let’s talk.”

When I say “Chinese” here, I don’t mean the Chinese citizens. I don’t really know them or understand their hopes or fears beyond those we share as human beings. I am inclined to believe they are hurting all the time by what their government does to their lives but accept it the way geezers like me accept arthritis. By the “Chinese”, I mean the leadership of the communist party, the rich and powerful authoritarians and the oligarchs they favor in order to stay in power. It’s hurting them.

Since 1980 the general consensus has been it is better to help the Chinese than to hurt them. This will encourage them to closer ties with the rest of the world. This will encourage them to greater democratic reforms at home. This will teach them to play by the kumbaya rules of globalism. The Chinese communists have understood those rules (probably better than we have): they learned every hole, every crack and crevice. They took advantage of them. And when there was no penalty for that, they began removing the bricks and the treasures beyond.

Insurgency is at the base of the American character – the common trait of the immigrants who have battled to come here through the generations. And throughout my long adult life, every time the American people have had a real opportunity to vote for change, they have done so. We tend not to accept the status quo and generally hate and disdain elitism, particularly in Washington, D.C. That gave us President Donald Trump.

Yes, everyone, even the experts, knew that the Chinese were cheating and lying and stealing technology and strategies and blueprints. They were dumping artificially cheap products onto markets of their global trading “partners” to destroy industries. They were manipulating currency to their benefit. After all, who was going to stop them? It’s against the law there even to question government policy, much less to oppose it.

When President Trump announced the first $250 Billion in tariffs, the Chinese immediately retaliated with tariffs on $50 Billion of our products. Even economic knucklehead me got the point of that imbalance. Trump has continued to add to the tariffs and the U.S. Trade Representative Robert Lighthizer has continued to be an obstinate hard-ass in negotiations. He and Trump and Pompeo are anything but inscrutable – they continually do what they say they are going to do.

Now we are in a trade war with China. Nobel Prize-Winner Paul Krugman of the New York Times is aghast. In fact, he’s been aghast for the past two and a half years, since the wee hours of November 9, 2016 when he advised us all to sell our dollars and buy Japanese yen. Most of the mainstream and establishment of the Democrat and Republican parties are aghast. Even though most of them agree about the Chinese lying, cheating and stealing, they are aghast. What if they sell our treasury bonds? What if they sabotage our electric grid?

And now Trump has threatened tariffs on Mexico over their politicizing illegal immigration to gain leverage in negotiations with the U.S. He has threatened Canada and Australia. When you enter this saloon, be careful of the guy down there at the end of the bar who smells faintly of cheap hairspray. He doesn’t accept the Marquis of Queensbury rules.

I know tariffs are bad. I’m for them. I want to win this fight. Hell, I’ll just be happy that we fight.