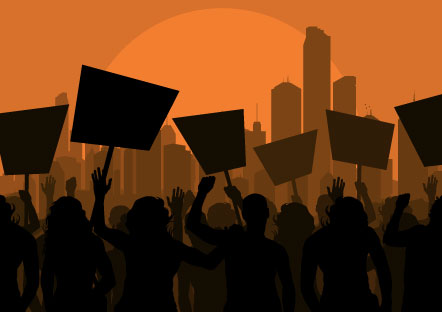 Two years ago, Pat Caddell of The Smith Project predicted the rise of a Donald Trump in American politics (you can see that projection from early 2014 here: http://hypeline.org/watch-this-video-predicted-trumps-rise/). At the time, none of us at WeNeedSmith.com knew it would be Trump himself. We did, however, know it would be someone from outside politics. We knew then that the force of the frustration and alienation of the American people would push this person forward to the front of the political pack.

We created “Citizen Smith” and The Smith Project to understand the depth of the alienation of American voters and the strength of this tide of frustration. Caddell called the mood of the voters at that time “pre-revolutionary.” As we’ve continued to study voter attitudes over the past two years, that mood has moved even farther toward true insurgency.

Consider some numbers from our national voter polling that define this insurgent mood:

Most of the failed candidates and non-starters in this election made the mistake of thinking this would be an ideological election (conservative versus liberal). It isn’t. Most of them thought it would be an issue-focused election like 2012 (gun right versus women’s reproductive rights). It hasn’t been. The Smith Project has shown that this is an insurgent election. It is the people versus the establishment. And that insurgency very likely won’t end in November.

Yes, some people may feel it’s a damn shame that Candidate Smith turned out to be Candidate Trump. But you sure as hell can’t blame the voters for that, angry white men and all the rest. Who’s to blame for Trump? Take a selfie, D.C.!