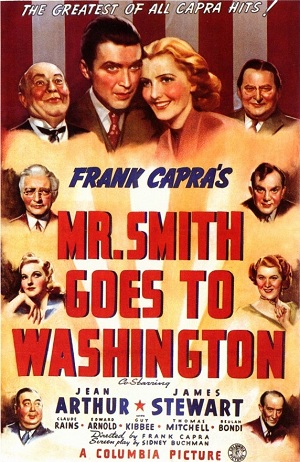 Many Democrats, as well as a few Republicans, like Senator John McCain, have said that Congressman Devin Nunes should step down from his position as head of the House Intelligence Committee, because he is becoming “a distraction.”

This is a word with meaning that is peculiar to Washington, like “reconciliation” or “sequester.” It means your desk has been moved close to the Exit door. The public official, one important enough to rate a podium, stands at the podium with wife or husband beside them, looking stoic and stony. Yes, they’ve been banging the intern. Or, more often, never admitting to banging the intern, they say that, yes, they’ve failed their spouse and family and their Lord. And, “blah, blah, blah, don’t want to become a distraction.” Exit left.

General Flynn was becoming a distraction. Exit right. What’s a distraction? To me, Chuck Schumer’s hair plugs are a distraction. And our President’s hair-don’t. Yow! in fact, I find the entire Congress a distraction. President Trump came into office worrying about Democrat opposition. He never saw the Republicans coming.

I saw the Speaker of the House on TV explaining the arcane rules of “reconciliation,” rules that he and his fellow Congress people had made up. It was like somebody explaining the rules of croquet; which were undoubtedly designed to keep the riff-raff off the lawn. I once asked the great Johnny Gant, my son Brett’s fight trainer, about how to train on my brand new Everlast leather jump-rope with the steel ball-bearings in the wooden handles. “Looks like great exercise, Johnny. But … how do you do it?”

“You jump,” he replied in his wise boxer’s half-whisper.

The rules of Washington are designed to be complicated. “Well, you’d never really understand,” with a wry smile.

The rules in Washington are designed to extract the distractions. There’s a set of rules, a way things are done. Only we know it.

In the “WeNeedSmith.com” research that Pat Caddell, Bob Perkins, Kendra Stewart and I have done, we found that most Americans (“most” is an understatement the size of the Grand Canyon – the number is 83% of all voters, all affiliations, all demographics) believe an elite of incumbent politicians of both parties, lobbyists, big banks, big unions, big business, big special interests and big media rig the system to protect their own power and prestige. Now, where did we, the people, get that idea?

In a recent set of local, state and national elections, the people tried their best to distract our government from its status quo, its business-as-usual. But it’s very hard. It’s those rules, you see: gerrymander and Federal Elections Commission and Citizens United (Seriously? “Citizens?!”).

Smith is a hypothetical candidate. Not a Republican or Democrat. Not a woman or man. Not a lawyer or politician. Smith wants simple reforms in Washington. And in the hypothetical elections we have run for five years for state and federal offices, Smith kicks ass. Smith is the people’s choice. That doesn’t mean much in Washington.

Jimmy Stewart was the original Smith for Frank Capra in “Mr. Smith Goes to Washington” in 1939. But there was the unctuous, silver-haired Claude Raines, as Senator Harrison Payne. And Edward Arnold, as Boss Jim Taylor, the man behind the man behind the smoke in the smoke-filled room. Senator Thomas Jefferson Smith failed and failed at reform in the movie, until Raines tried to shoot himself and confessed all on the Senate floor. Everybody cheered. In the Senate gallery, Jean Arthur hugged Thomas Mitchell and yelled, “Yippee!”

But that was a movie. That would never happen in our Washington. It’s against the rules. It would be a distraction.