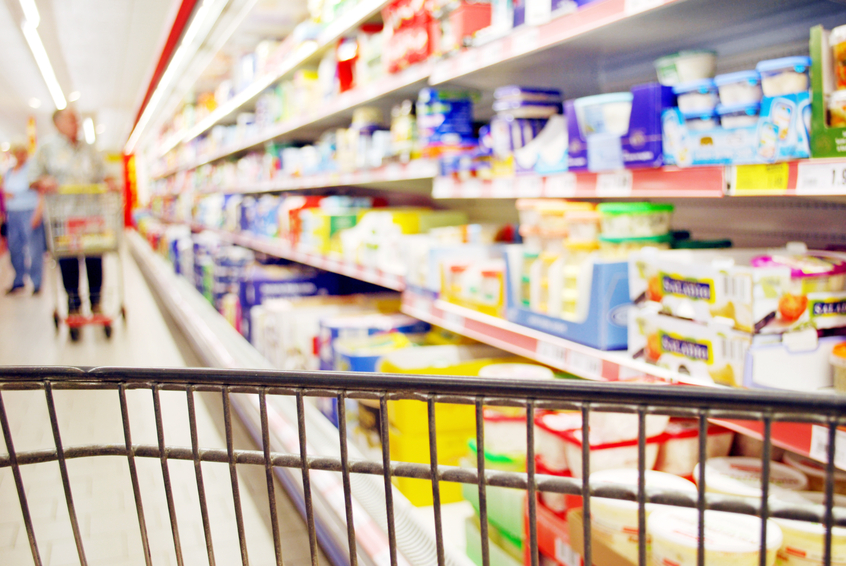 Let’s face it, marketing can’t make people do anything.  And though we are swimming in marketing 24/7/365, we usually choose to do nothing that marketing tells us to do.  In a way that’s been good for the advertising business.  If advertising were more effective, half the agencies in the world would go out of business in a hurry.  Most ads just don’t work.  Still, people do stuff and choose stuff and buy stuff all day long.  Why?  How do they decide what stuff and which stuff to buy?

A while ago, I aggregated a lot of learning done through years of market and political research.  The result is a kind of map of the six key components that shape almost every commercial decision.  I call it “The Six C’s.”  Okay, I admit that sounds a lot like consultant talk.  The snappy name should make it easier to remember.  Still, 99% of marketers forget them, so it may not be as snappy as it sounds.  Maybe you’d like to know more about how people decide.  If so, read on.

The first “C” is at the center of this map.  It is control. Loss of control is a central fear in all our lives, a key element of every phobia, from fear of heights to fear of public speaking. People try to make decisions that will give them a greater sense of control over their personal and family’s security, their financial well-being, health and wellness, emotional stability or control of individual rights against the force of powerful institutions. This is true in the most trivial and the most complex purchases.  People want more control.

Of course, they don’t know. He’s probably one of the five or six guys in black suits with the bland but stern faces who are always in pictures of EU press conferences.  What’s his name?  He’s the guy who runs the organization that sets the rules for immigration, economic competition, trade and whatnot in the EU.  BTW, it’s Jean-Claude Junker of Luxemburg, of course.  Never heard of him?  Never heard of Luxemburg?

Trying to regain a sense of control has propelled the Donald Trump campaign.  Our WeNeedSmith.com voter research over the past five years predicted an outsider, anti-corruption revolutionary would rise to the top of the US polls.  That the candidate is Trump is the only reason that a “Smith” candidate is not leading Hillary Clinton, the establishment’s poster child, by 30 points.

Control is in the middle.  We all want it.

Choice gives us more control, whether it is in elections (more than two thirds of Americans would like there to be a third major political party) or on market shelves.  Limiting choice is the key strategy of autocratic political leaders and market leading brands. Mass marketing, mass optimized manufacture and a narrow information choices reinforced the power of market incumbents for decades.  But all incumbents are losing ground to insurgents in today’s information environment.  Choice is exploding, partly as a result of the emergence of Web search.  As former Coke CMO Sergio Zyman says, when consumers are offered more choices, “They choose to choose.”

With more, in fact almost infinite, choice in every marketplace, brand loyalty is very low.  Choice gives the consumer control, whether its choice for lower prices or higher quality.  Choice hasn’t changed the basic equality of value.  Of course you want to be the consumer’s new choice.  Remaining their choice is the hard part.

Change creates more choice, which creates more control.  People used to fear change in the solid-state marketplace of incumbent control.  But the maturation of personal technology brought with it Moore’s Law and the concept of tech upgrade.  Things get better, faster and cheaper with change (well, at least better and faster).  So consumers now both anticipate and demand change.  They will switch brands to find it.  Though providing a dependable brand experience has always been important, that has to be balanced with consumers’ desire and lookout for change.  Tide Laundry Detergent has understood this equation pretty well for ages.  There can always be whiter whites and brighter brights and fresher freshness with blue dots, flakes, gels, time-release and now colorful pods.  The caution, though, is that choice makes it more important for change to be meaningful, not just cosmetic.  If the change doesn’t deliver on its market promise, then consumers start looking for another choice.  Consumer marketing is hard stuff these days.  A key to remaining a consumer choice as they make re-purchase decisions is to provide choice within your brand and change within your brand.

Customization is next.  Customization provides personal relevance.  That’s meaningful change.  It fits your particular needs and wants.  Just a little over a decade ago, manufacturing optimization and mass marketing were in their heyday.  The poster child of those business models was the tube sock and the whole idea of one-size-fits-all.  Web search changed everything.  People know if they are willing to search, they can find that one size that fits just them.  Insurgent brands rose to meet their needs for more customization. The craft movement responded.  More and more consumers fit the characteristics of early adopters, very commercially confident, and getting social currency from leading others to new ideas and new products.  So they chose to choose new ideas that felt more customized to their needs. Walmart has to make important choices every day about which products to stock, display and feature.  They respond to consumer demand, but also try to shape it with advertising, price promotion and placement on their shelves and in the store.  Costco has developed a special relationship with its customers by creating a kind of treasure hunt situation in which certain products will be featured for a very short time on a limited supply basis.  People anticipate those change events.  Today, Costco is the world’s leading purveyor of Dom Perignon Champagne. That’s the kind of treasure people are hunting for. Customization is an important form of choice today, and choice provides more control.

Connection has always been important in brand marketing, and even in a world in which all markets are being disrupted by insurgent brands, it remains important.  Although Americans love individuality, they obviously like to belong to groups of individuals: “people like me; people I like; people I’d like to be like.”

It was Sir Walter Raleigh who said, “It was a brave man who ate the first oyster.”  That first early adopter of any product or product category is a brave individual.  And that first early adopter becomes a part of that product’s brand, like it or not.  Others will associate them with the brand. Michael Jordan was a superstitious athlete.  For good luck, he wore his high school basketball shorts under his University of North Carolina shorts.  So he had to wear XXL shorts at UNC, and continued to do so in the NBA.  As it happened XXL shorts and t-shirts fit the obesity epidemic to a, er, T.  It caught on big time.  An androgynous look was born; women and men in matching XXL short, sweats and Moo-Moo sized t-shirts.

Finally, there is convenience.  Accessibility has always been important to brand success, and, particularly in categories that present consumers a sea of sameness, convenience will often trump the other C’s.  Convenience must define the entire brand experience of awareness, consideration, trial, purchase, re-consideration and re-purchase.  A 24-pack of Double-A batteries may be on display right near the cash register, but, as Larry David has often brought to life in his comedy writing, if that package requires a jackhammer to open it, it can hardly be called convenient.  Like value, convenience is in the eye of the purchaser.  The Disney Store developed under Michael Eisner was highly convenient for kids.  For eons, toy stores had kept their products out of the reach of kids, to avoid breakage or grand larceny.  The Disney Store differentiated by having toys easily within kiddie reach, falling off the shelves with the videos from which the toys derived their meaning playing everywhere.  A kid could easily latch onto any toy she/he liked, and God help the parent trying to pry it away before leaving the store.  Very convenient for the kid.  Very inconvenient for the purchaser mom or dad.  Indeed, the Disney Store created a great deal of resentment among young moms.  Winning back their trust and trade became a key objective and major win of Eisner’s replacement, Bob Iger.

The way people decide is to gain a sense of greater control in their lives.  They use choice, change, customization, connection and convenience as communicators of and support for that sense of control.  See, marketing is that simple … and that hard.  Making it more effective means understanding and using the 6 C’s.