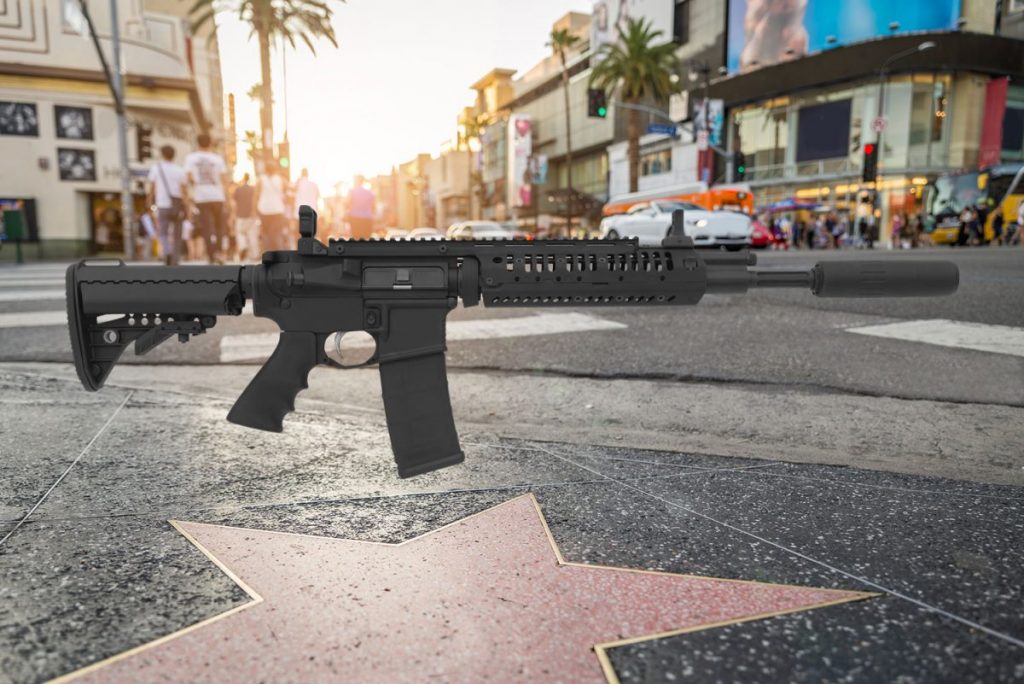 Our country has suffered horrific acts of gun violence in the recent past. The immediate causes may be mental illness or Islamist fanaticism. Still, we must reckon with the prevalence of guns in our society and culture. It is said there are 300 million guns already in circulation in the United States. My family owns four.

I would absolutely be in favor of a ban on the sale of assault rifles. Of course, I understand many are against a ban, and I know that legislation on state or federal levels will be slow to come. My hope would be that common ground can be found in legislation at least to limit the sale of these weapons, ban attachments that make them more lethal, and attempt to keep them out of the hands of the mentally unbalanced.

I think I know where most of the actors, producers and marketers in Hollywood stand on this issue. They are firmly against assault rifles, and in favor of sweeping gun control. I know that because they tell us so at every opportunity.

But nowhere are guns and gun violence used more commonly than in movies and TV shows, video games and music videos. They are everywhere and all the time. On the evening I am writing this, my wife and I (we’re embarrassed to admit), went to a theater to watch “Red Sparrow” with Jennifer Lawrence. We are big fans of Ms. Lawrence, particularly from her work in “Silver Linings Playbook” and “The Big Hustle.” In “Red Sparrow”, however, we were totally distracted by the violence that is gratuitous almost to the point of boredom.

The star of this movie has addressed the issue of guns in movies. At the premier of “Red Sparrow,” Ms. Lawrence told InStyle: “I think the problems is guns, not [the] entertainment industry.”

That’s sort of clear. She went on to say, “It’s an art, and it’s an art to entertain. And as an industry we will suffer, and people need to take that responsibility upon themselves [and not just blame Hollywood]. The same kind of violence is in different parts of the country that don’t have as many problems as we do.”

Now, that is completely incoherent. Still, if she said what I think she meant to say, it’s also ridiculous. This evening we also sat through four or five previews of coming movies that seemed all to be the same movie, with more of the same assault rifles, and lots more of the same gun violence. Not only is gun violence ubiquitous in video entertainment today, it is often glorified and made heroic.

Like many others, I believe the motivating effect of the use of assault weapons and the gratuitous use of gun violence in movies on those already bent toward aggressive behavior simply cannot be dismissed. I’m shocked that any intelligent person would disagree – and we know that Hollywood stars are intelligent people.

So, repeat after me, Jennifer Lawrence (and every A-List Hollywood actor):

I pledge that I will not appear in any kind of popular entertainment in which assault rifles are used.

We have heard earnest pleas from our entertainment community for Congress to take action on various forms of gun control. We don’t have to wait for Congress to act. Hollywood can take immediate action on its own – video gun control. Please think about it: This actually might help limit gun violence in America, and would definitely help put a limit on gun hypocrisy.